Have you ever been made fun of for having a mental condition or disorder?

Today, I went for training. Well this girl who's also taking the same job as me was in my class. She had a disorder. It was pretty obvious since she'd always get anxious when ever she heard a loud noise. Then she would start moving her hands back and forth really fast. She told the teacher that she won't stab anyone or anything but she is diagnosed with mental disorders. What upset me is the fact that the teacher completely mocked her in class, gave her dirty looks throughout class and said…

Today I finally got prescribed for some medicine for my ADD. I am taking Vyvanse. I'm starting off one pill in the morning. I took one today, early afternoon. As soon as I took it I felt amazing. It's like my senses came to life, I was happy, less drowsy, more focused, didn't care what people thought, less random thinking, less self-consious, didn't…

I just want to know if anyone can relate to how I feel or if anyone experiences the world similarly.

The best way I can describe my case is by alluding to the matrix. For those of you who aren't familiar with this film, 1. shame on you and 2. go research it a little before continuing to read this blog.

Anyways, the way in which neo perceives the "matrix" world fundamentally changes after he realizes the truth. When he comes back into the matrix, he perceives it…

First of all, sorry for not posting in a long time.  I still come on here several times a day to approve new members and read some posts.  I've just been really busy and stressed out with school.  as some of you may remember, I suffer from extreme anxiety.  I'm pretty much constantly afraid that my whole world is going to come crashing down at all times.  add to that the pressure of school, and you can imagine what my life has been like.  Plus, I've been extra stressed because it's my last…

The Best Person in Your Life

"The best person in your life is the one who comes first in your mind after reading this sentence."

Instead of thinking of my best friend..... I thought of a character from one of my DDs. I felt really awkward. I should have thought of my friends and family. Or God, even though he's technically not a "person." I shouldn't have thought of a…

I participate in this site because I do have "issues" with daydreaming and fantasizing. I have no interest in hijacking the site, a thread, or a chat conversation. A significant portion of this sites participants  self report experiences and personal realities that would cause myself and other multiples to say, "Yep, you are one of us!".

I've been watching this site for awhile and have decided to join, because I want to stop MDing. I think if I track my progress up here it will help, even if no one ever looks on my page.  I've been doing it since 11(so it's been 14 years) and it has gotten really bad over the last two years. Everything seems to trigger it: music, tv, radio, reading, non strenuous exercise (because I skip or pace when I dream), quite moments, and anything that reminds me of my  storylines in my head. It's…

Hello, my name is Kelsey and I am new to this blog even though I have known about it for a few years now. I have finally decided to join so that I can read about other people's experiences/ask advice/meet daydreamers/etc. (:

So I'll just say a little about myself first I suppose. I'm a University student in MA who will be 20 come September. I have a production major and film minor. I'm a pescetarian. Music means the world to me and I listen to it all but my favorites are: Coldplay,…

Could This Song be About a Person's Struggles with MD?

So...My Ipod was on Shuffle today, and this song came on. I was half-singing along, and then something hit me; that I could relate to the lyrics when it comes to my daydreams. Maybe this song isn't actually about MD, but that was definitely the meaning I got from it.

Here are the lyrics: (I bolded the lines that stood out the most to…

So I just thought I should talk about what happened last weekend. Some changes have taken place. Like my fantasy world of 6 years has come to and end:( I was so sad and upset but I had to let it go. For the past couple of months I had been dragging it on and on and repeating some storylines. I even tried to add new storylines but it wouldn't work. But I didn't want to let go because my fantasy world is like a part of me and I feel lonely without. But then this…

So much for that

After a month of not daydreaming about my world I caved in today and daydreamed. I'm so upset I can't seem to stop. Even when I don't daydream about my world daydream of other things. How can I stop this does anyone have any tips?

So, I went to visit my family for a couple of days this weekend.  I got there in a pretty good mood.  Things have been going pretty well for me.  I left just feeling...not terrible, but so frustrated.  A lot more negative.  My mom pretends to be so happy and enthusiastic on the outside, but then she makes all of these little passive aggressive jabs at me, covering them up with so much fake sweetness.  I know I'm not perfect and have made mistakes.  I wish I worked harder and didn't waste any…

Using Music as an Anger Releaser Instead of Using Daydreaming

So...It's been awhile. I'm Jennifer, and I'm 15 years old. (There are new people on this site, it appears, so I shall introduce myself again. :P) And what I really want to talk about today are two things: How I think I've found the cure to my personal Maladaptive Daydreaming. And how I use music and poetry to let out my feelings.

So, this morning, around 4:00, when I finished uploading my newest song to YouTube and my Facebook page, something hit me so hard that it felt like a rock…

Hello everyone hope your all okay!

Well DD hasn't been going too well lately. Today I DD for like 3 hours before I woke up in the morning and I have a horrible headache, feeling sick and dizzy. I'm so tired too because I didn't sleep well last night.

I wanted to talk about things I do to stop myself from DDing. I only have 2 distractions.

2.talking to my friend

So morning and night is when I DD the most but…

i can't help but ask myself after i daydream for a long time why am i okay with this? why does it feel the same, or much better than real life should? why give me the skill of knowing all the answers if i can never act on it?

i'm scared everybody's right. this is all i'll ever be. a dreamer. a dreamer can be a beautiful thing if their dreams make…

awhile ago i wrote a post about how we were making clay sculptures in art and i was making mine one of my characters and im finally done it and have a picture of it!! i actually dont think it looks like him....but here it is 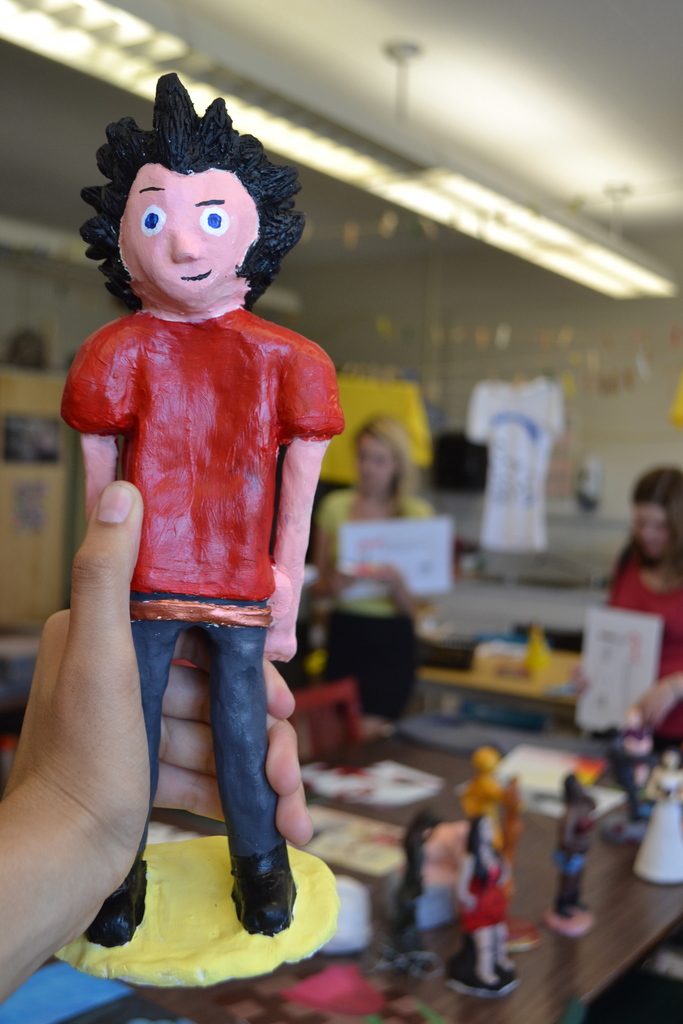 ya there it is. it was fun to make.
also the other day i first started writing out one of my day dreams and i was writing in first…

BASED OFF OF A DAYDREAM I HAD

This is a short play I wrote for an English assignment.  It had to be a 10-15 minute play and could be about anything.  I got the idea from one of my daydreams.  I had to just do one scene from the daydream since the real thing would have been an entire 3 Act play LOL.  I guess it's okay.  I'm not the best writer... I got a good grade on it though.

In Order of Appearance

Hi, everyone!!  This is my first post on here so, for anyone who cares, feel free to read on.

My name is Morgan and I've just recently joined you guys on Wild Minds.  I have been suffering from MD my whole life but didn't find out about MD itself or what it was until about a year and a half ago when I finally confronted my family about my problem and they found me some resources as to what it may be.  When I was a young child I felt extremely socially awkward, isolated and like…

Last Night, I had a DD of falling asleep in my crushes arms.

Anyone else have this? It was so cute. In my DD, I told him about some abuse I suffered through as a kid, and he was like "Come here" and then I fell asleep with him and felt his hand join mine :3.

Found out about MD some weeks ago

I found this site a couple of days ago and I was looking around the site and thinking of joining. Well for the past two days I have been day dreaming non-stop about this site. When I found the blog section I really wanted to just write here because no one understands me at all. So I've been DDing about what to write and now I'm sitting here with a blank mind. LOL

I should tell you about my story. Well it all started when I was 13 maybe 14 years…