Stuck in Reality, I Miss My DDs

It's been about a month since I last blogged here. My life is very hectic right now. I've been EXTREMELY busy this summer and I've kinda been going out of my mind. Everything is so stressful and I have all this responsibility and I have to be the person who does everything (it's not like anyone else could do it right anyway). I don't think I'm even making sense right now...... UGH.

This is probably the first time in this past month where I've had any real alone time, and…

as children did our md manifest as anything else.

wow,im not sure if you will all think me crazy asking this question.

its difficult for me to explain what i want to know,so i will explain my experience.

when i was younger(around 12),way too old though for the kind of stuff i describe i had a kind of hobby,obsesion or passtime,whatever you want to call it.i was living in the time of bouncy balls.you know the small rubber blls we used to play with. 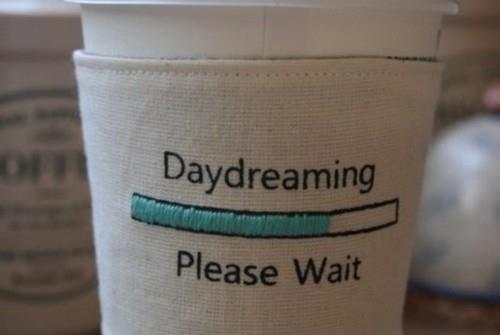 Would Joining a Buddhist Monastery be the Solution to MDD?

I know it seems far out there but maybe 1 year under socially enforced mindful meditation would certainly help.  Are there any alternatives?  What do you think?

Self Help Groups for MDD?

What do people think of this idea?  Do you think there are enough of us out there or registered on this website?  Can we  form self help groups of at least 5 or more in our city or local region?  Meetup.com would be a useful website for this.  What are your thoughts?

I just wanted to know if you are like this or if this has happened to you?
When I dd and am lisening to music and when someone bugs me I get scared or mad I dont mean to but I snap sometimes I feel like telling my whole family so they know when I have headphones on or if I am dazed out leave me alone. I dont mean to be like this but I dont like being snapped out of my dd.
Also I was wondering if this has happed to you. For example I dd of a character on a hill but for some reason I… Continue

In memory of those who lost their lives (12 died) and the 59 injured at the Colorado movie theater and their families and loves ones, I encourage fellow malaptive daydreamers to consider abstaining from maladaptive day dreaming this Sunday.

I feel powerless as I hear about this tragedy in the news.  It is a reminder to all of us that one minute you can be alive and another minute you are dead.  Life is such a gift and so precious.  Those who lost their lives in this tragedy will not…

It's Been A While

I've been super busy and haven't had much time to get on here much to my dismay. I was also out of the country for about 2 weeks and only got back a few days ago.

I'm doing well though. For the most part. Things seem to be looking up and I'm happy.

However, I've been living in a pretty much constant day dream like state.

I dunno though. It's…

Tring to stop a reoccuring DD

This is an experiment to see if writing about a reoccurring DD will help make it go away. There is this scene that keeps replaying, like a song being stuck in my head, for months now. I am not a writer, I am an artist, so the use of words is strange for me. But we will see if this helps me move forward.

There is snow everywhere, no sound, silence, the way it is when there is deep snow. No rustle of leaves or chirping of birds. All the earth watches in silence. I can…

Becoming myself! I think this is helping

I am trying to become a bit more like the me in my dd for example the me in my dd plays instuments and sings. I am now doing this and it turns out I really like it and I am more satisfied. Sure I am not playing in front of millions but it's just so more real and more myself. Unlike my dd self I never did much I was just there I use to just be a by stander who just blended in but I want to become my dd self the person I know I am. I took on track and am trying to talk to people now. I am hanging… Continue

Rainy cloud over my head. (LONG)

Hey y'all. Hope everyone has been doing well. This is just gonna be me complaining, explaining and sorting out my thoughts on my daydreaming problems lately. I have no right to complain, some people have it so much harder, and I know this very well, but I have to let it out somewhere. I think that's why my emotions are so strong and powerful, because I never let them out or express them, I just keep them inside and let them grow,…

I read this thing that said the brain is not capable of creating human faces in dreams so all the people in our (asleep) dreams you've seen before. I wonder if this applies to dd's too even though I'm pretty sure all my characters are made up I wonder if they were inspired by real people.

I want to know what it's like not to be like this, what would you do you do to pass time when your bored?, how would you escape. idk what i would do without it, but lately i've kind of wanted it to stop. I feel so trapped in my imaginary world, I want to be a doctor when I'm older, so to do that i need to get better grades especially in math, so I planned to practice over the summer (thats what I am supposed to be doing right now) but I can't, I can't help it but DD. this morning i woke up…

i drew out one of my characters, if you'd like to see

am i annoying? i feel like i post on here alot. but this is the only place where i dont feel totally weird....
so, i drew one of my characters in a sketchbook one day and i decided to draw it and colour it in adobe illustrator....
now im not the best at illustrator and im not very good at colouring in shadows and highlights (My biggest weakness)
but ok, here it is:…

do you consume this "drug"?

My life is not bad, but DD (using my imagination), even if it makes me not being as productive as I'd like to be, makes me relax when I'm stressed and makes me feel good when I'm feeling…

So I have noticed a serious problem over the past two months with me, I am hopelessly addicted to the Internet. I have been spending entire days on my laptop amongst blog sites and social networking sites, and when I am not doing that I am usually daydreaming. So I decided I was going to spend 24 hours without Internet which, for that day actually wasn't as big of a deal as I thought it would be. But what I did find, which was interesting, was that every time I wanted to do something…

A while back, I posted a blog post about how I often contradict myself, and have opposing/conflicting opinions on so many things. I just found another: Self-discipline/control. I have both good and bad self-discilpine, if that makes sense. I can get myself to do things (usually if I don't think too much about it) that I don't want to do or don't like, or stop myself doing something I really do want to do, but sometimes it's the opposite. I have a few days left in the holidays and have done…

Life is just to boring

I don't know what to do anymore. I can't take how boring life is. Even if I go and do something fun I am never satisfied. I wish I could live in my dd it's so much better. No limitations. Life is just to boring it not as great as the movies. Its just so empty it's like a glass of water. Plain. I want to live a life of adventure. What should I do.? Am I the only one? Wish I could close my eyes and wake up in my dd and have control.

Honestly, I never want my md to go. It's been with me ever since I watched my first episode of Buffy the Vampire Slayer

and ever since then i've just developed a whole new world using the characters from that show. In all honesty I've just presumed I have MDD considering most of what Eli Somer, who has presented this theory, has said matches what's been happening to me for a solid 10 years or so.

I have been on this site for a few months now and about a month ago Emilia said I should write a post. My two therapists have been trying to get me to write for quite some time now but I have never been good at saying my thoughts. I read the post about soccer problems so I thought now is the time for me to share a bit about myself.

I have been playing soccer since I was three years old. I was a year and a half before I started…