Reason or meaning of name: None

Reason for nickname: short form. in grade 9 she started introducing herself as alice occasionally, it just kind of caught on and is known as "Alice" for the rest of her life

i just really wanted to do this too (character bio)

here is a bio for one of my main characters. i think this will help me with my writing aswell.

Reason or meaning of name: no significant meaning. i thought kelly would suit her well, i got her lastname from someone on american idol LMFAO it just sounds good, doesnt it?)

Reason for nickname: Short version of her name

i have this character who used to be the main point of my daydream. like, she was my "main" character for like, 3 years. last couple of years though i focused more on her friend and her friends, so i hardly ever daydream about that character anymore. like, she makes an appearance occasionally, but it isnt the same. I cant even daydream about her anymore as much because im too into my new daydream. but then i notice i have alot of characters that i forgot existed.  i feel like i should…

i know alot of people have said they've been in love with a character, but have you ever had love for a child in your daydream?
im not in my daydream, but my characters (in the future) have children and i daydream about their relationships with them often.
i dont know, i love them alot (in a parent way or like a sibling, not a pedo way LOL)
Like, im 17 and i dont have kids or anything but i feel like i know what its like to be a parent

i just want to play with them ahhh…

i like this one cause the clours are pretty 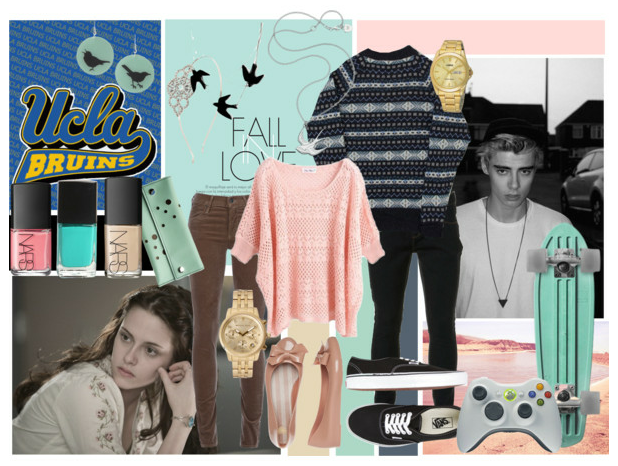 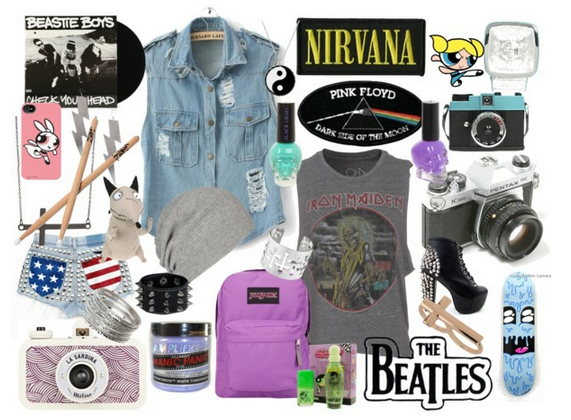 i hardly daydream about this character anymore but ses still important…

were our own...like.......race or species of people or something. ive talked to so many people with md this past week about daydreaming and stuff like that and it felt so normal and right.

i couldn't have a conversation like that with anyone else. and we all come on this site and talk about daydreaming and idk i feel like were super heros or something with a special power idk

outfits i made on polyvore i thought i'd share. i think they capture their style and personality nicely. these characters are dating so thats why i put them together. 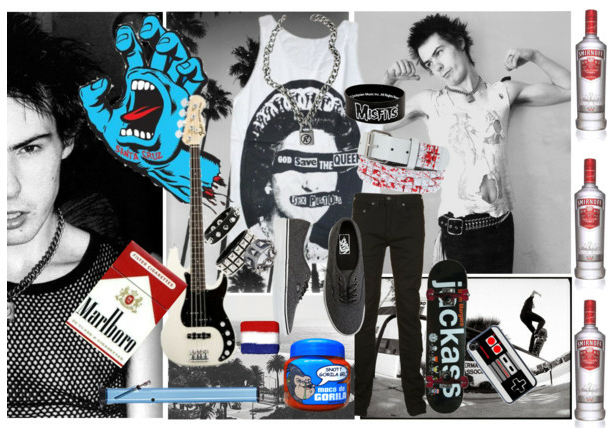 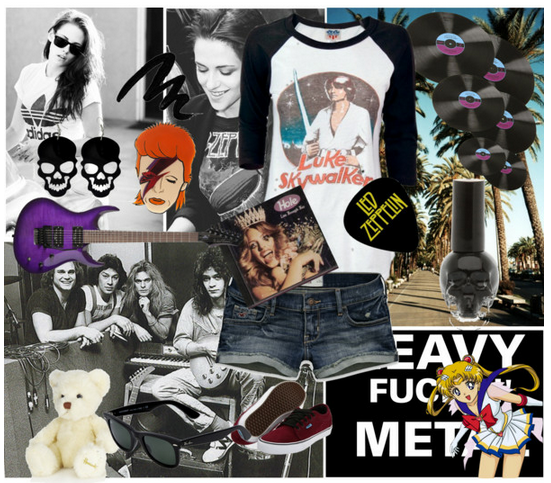 this is their prom outfits…

I NEED TO VENT IT OUT

ok seriously, someone let me vent my daydream to them and lets talk about it. i constantly think about my opinions on characters and stuff like that and i imagine if like ellen was asking me questions about my characters and i realize i cant have a conversation with anyone except myself about it. i want someone whos actually interested to listen to it and talk about it and tell me their opinions on it and tell me which characters they like and dont like and ask me what the characters like…

i havent been on in a while, so im just going to blog about a thought i had in the car today. I was thinking about characters who i based their appearance off of. they look like the celebrity, but they have their own apperance in a way....you know?

like, theres twins at my school. theyre identical twins but they say "we dont think we look alike at all"

thats kind of what my characters are like. they look like the celebrity but i personally think they look different. its…

willing to do the unthinkable

i want to tell my day dream to someone. i want to vent it out to someone but i dont want too to friends anymore because they dont understand.
but I only want to if you're going to tell me yours back so its not awkward
i wont tell *zip*
if your willing to do the unthinkable with me, inbox meee

why would you say that

i was in writers craft the other day. i was sitting with my friend whom i told my daydream to when we were drunk. i had writers block for my assigment and i said to her "hmm..give me a name"
she says "kelly"
that is one of my main characters name. why would you bring that up. why would you say that name. i dont know, maybe its not a big deal but i feel embarassed for telling her and i told her thay. i mean, she obviously said that name because of my character
its not…

ive said ive wanted to write before but i havent gotten around to it. I thought a good way to start was writing out character bios. I know some people on here are writers and im sure writing a character bio for you would be easy, but its so hard for me. Its just weird to write out. it feels embarrassing kind of. if anyone read them i'd die. its taken me 20 minutes just write down the characters first and last name. now im procrastinating by writing a blog on here. I think if i start writing…

meeting one of your celebrity-based characters in real life

ok so, i dont know if i wrote it on here or on tumblr, but I said I wanted to go to toronto on the day of the toronto film festival because kristen stewart was going and i wanted to see her in real life because she looks like one of my characters (i think that sounds lame, but im not obsessed with twilight or anything, she just fits my character really well)

like 2 weeks ago i was on tumblr going through the "maladaptive daydreaming" tag and someone said "Why isnt there a youtube channel dedicated to md yet". and i replied saying "i would but i have an ugly voice :("
but lately ive actually been thinking about it. i have alot to talk about and there isnt any youtube videos about it exept for cordellias. so i would just vlog about my thoughts and stuff like that, but you have to put up with my ugly voice and awkwardness on camera. if i end up…

how can I not care what people think when i judge myself.

I started reading cherie curries autoiography and...well ill give you a recap of the first couple chapters.
she goes to a david bowie concert and is so inspired she decides not to care what people think. she doesnt want to be shy and blend in anymore, she wanted to stand out and be who she really was.  she goes to school with red/white/blue hair dressed like david bowie, tells off all the bullies in school, dresses how she wants, and when people make fun of her or say something-she feels…

hanging out by myself

Today i went to the mall alone. Usually when I want to go to the mall I’ll ask my nana because i dont feel like I can go in store that I want to go in when im with a friend. but today i went by myself. It was a pretty successful day if you ask me. I got ready and im wearing alot more eyeliner than i usually wear…but ive been wanting to change up my look to maybe make me feel a bit better about myself. I didnt know what to wear…..i went though my shirts and found…

what sucks the most

I feel so ugly. I hate my appearance so much i feel embarrassed. when i look in the mirror i think “Why? why did i have too look like this”. my mom tries to make me feel better but like, moms are suppose to say those things. i feel like i cant be myself because i hate my appearance so much (i know that sounds weird) but i dont know. i really care about what people think and i dont know how to break free from that. people from school think im weird and i dont have many friends. too…

i lsot my dream journal. i would write my dreams i had at night in them. well i used too and then is topped...but i was going to start again. it used to be in my night table beside my bed. but i was forced to clean out my room with ym nana and everythings in weird spots and i have NO idea where it is. ive been searching forever i want to cry :'(

i looked EVERYWHERE. i remember her picking it up and i said not to throw it out but now im scared that she did.....
like i cant…

i was on the drive home from florida the other day and i was watching a cinderella story to pass the time, and hilary said this: 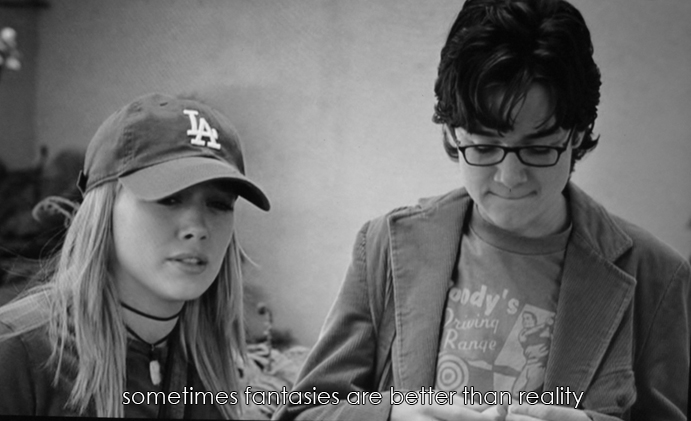 that quote stuck out to me because....well its true lol. so I took a screen capture of the scene (well i took a picture of the screen because apperently you cant print screen dvds on macs...) and wrote the quote for you guys. arent i…

ive wanted to learn how to lucid dream for a while now but everytime i try  fail. but i seriously want to get the hang of it now because i think itd be really cool to lucid dream and see my characters and stuff. im going to bed soon so i hope i can tonight. i will tell you all about it whenever i lucid dream finally.