The more I am aware of MD, the more I am aware of the necessity of stilling the mind.   Mental chatter can sometimes be the enemy of clarity.   A monk I was watching said he called it "monkey mind" because his mind was chattering on like a monkey.   A rabbi I watched had an entire sermon dedicated to the virtue of stillness.…

He's standing behind me looking over my shoulder long blond hair in his eyes.  He sees that I'm writing on an internet blog he arches a brow at me and smirks.  He points one long slender pale finger at the screen and says, "Now that's interesting, are you sure you want to share this?"

I say: "No.  Not really.  Because this is the TV channel in my head that is on all the time, the one I can rarely turn off.  Besides sometimes you scare me."

He smirks a little and…

Bran flakes in a…

I love a man who isn't there

And yesterday upon the stair

He wasn't there again

I want to drown

Drown in this false reality of mine

The shadows dance to my story
I chased the shadows

From walls to walls in the maze

All was sweet, so sweet

I didn’t want to leave

I reached for the shadows
only to find the solid walls

A girl is going around announcing she's atheist.  She strikes me as being an arrogant show off.  She says she's proud to be atheist because it makes her different.  I'm jealous because I'm not allowed to be different.  I'm forced to be conventional.  She said "you're just jealous of me because I'm different."  I'm infuriated.  All my life I have been different but now I'm forced to be normative.  People were jealous of me because I was a free spirit, a hippie.  Now I'm being accused of being…

sorry yall i havent really been on here lately.
alot of the posts are pretty generic and im focusing more on my own blog
but heres some sketches of some characters ive done recently.
maybe you guys will like them
;p… 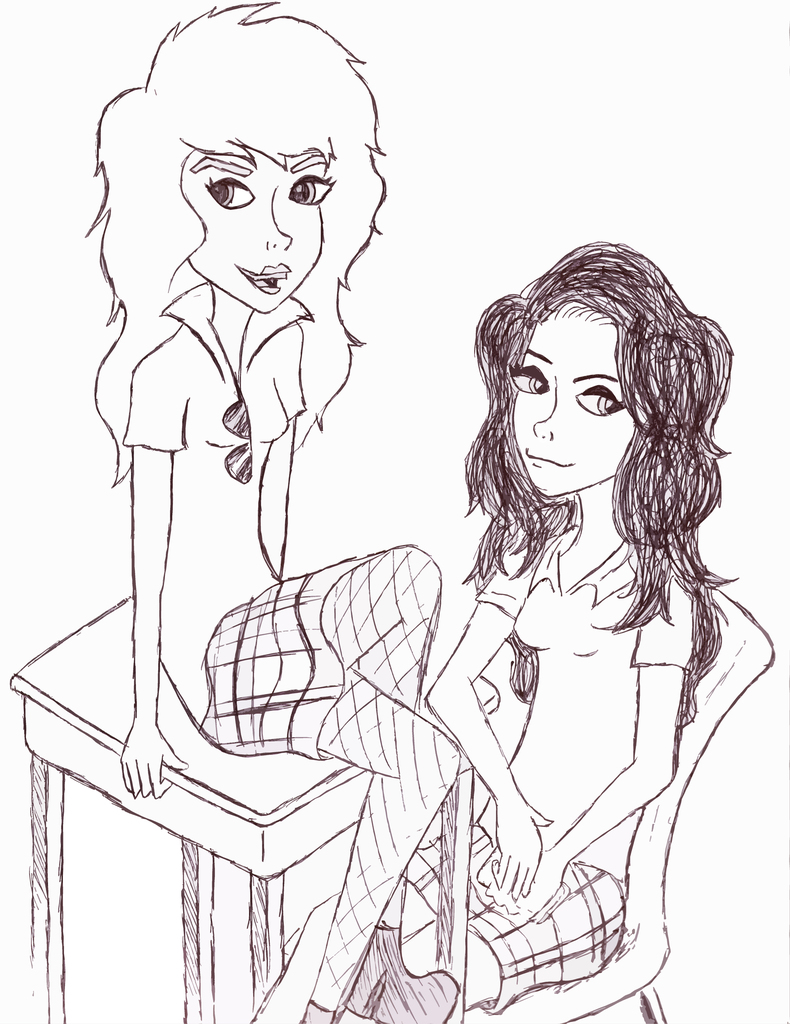 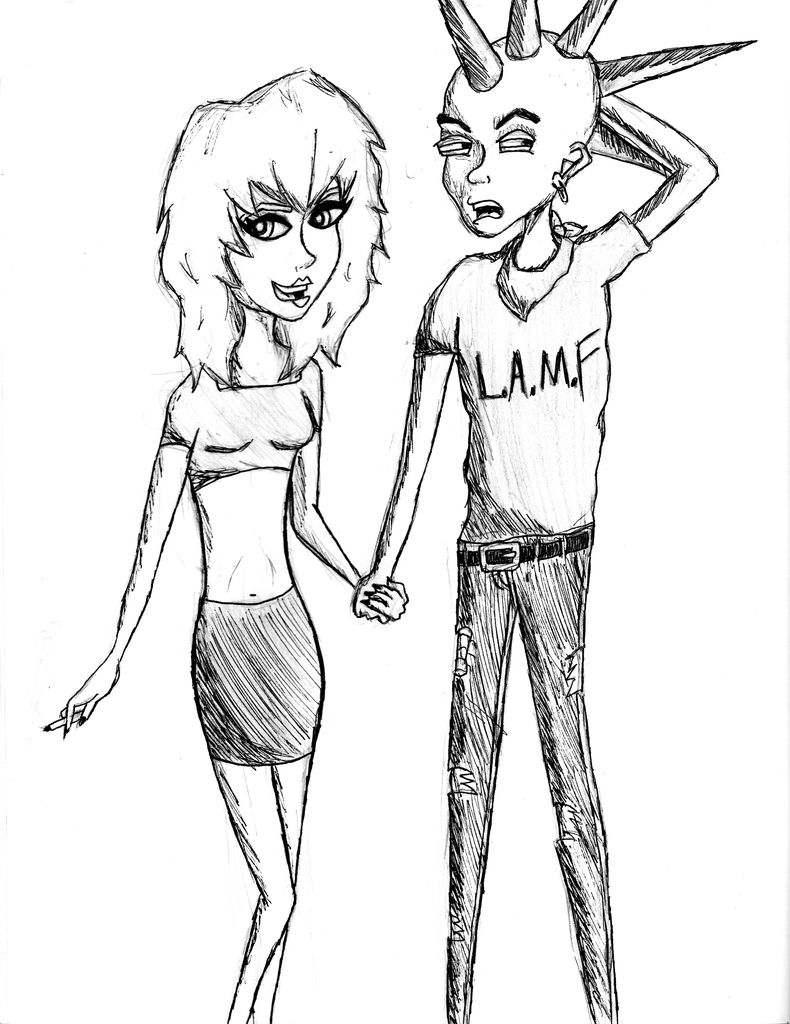 I have been having nightmaresque lucid surrealist dreams for about 2-3 weeks. I just noticed this week that I did not have any dreams on the day I had a sufficiently satisfying 5 hour MD session. ...And I am now wondering if my lucid dreams are a release of abundant MD creative energy?

So I am going to do an experiment on myself to see if the two are linked - by keeping track of the hours of MD per day and whether or not I dream.  Has anyone else noticed this…

Well, this really isn't news.  It's just official now.  Years ago I took an "Aspie Quiz" and scored pretty high.  I've been in contact with Cynthia since 2009, and after reading many sobbing emails from me, she suggested a diagnosis of Autism Spectrum Disorder, and my doc at the time agreed.  No doc I've seen since then has disputed it, so I just took it for granted that I had it.  Apparently it was still unofficial, though.   I've been seeing a therapist for a few weeks, and she knows all…

Does this count as MDD?

I don't know if I'm the only one who does this, or if it's part of my MDD but sometimes at night, I think about death. Not killing anyone, just if I were in a car accident what would I do? If I had cancer, if my sister had cancer, if my sister died what would I say at her funeral.
I don't mean for it to happen, it just does, and some of the time I end up crying. I haven't told anyone about it. I don't know what to call it, if you have any suggests, please feel free to comment below.… Continue

Eli Somer just emailed me that he started a Facebook group for Hebrew-speaking MDers who want to exchange ideas.

I don't speak Hebrew, but we may have some people on here who do.  He asked me to let people know, just in case.  Here's the URL.

I was and I am so sick right now.. my teeth hurts, and I have shingles and I'm pretty much heading to the grave right now. Not to mention it's exam time, and I need to get my things together for erasmus and I'll just fail everything....
I don't want to do anything I'm even sick of pointless daydreaming right now, I just want to write my book... Please send me a time turner if you have it...

This is beyond frightening

I didn't know that this... all of this existed until a few days ago. I actually found out about it through a tag in a blog post. I've been epic daydreaming for as long as I can remember. I jog/run when I do and have injured myself multiple times including a broken toe. I honestly thought I was alone in this.

It's Been a While

Hi guys, so I haven't been on here in ages so I thought I'd stop by and say hi~. I suppose now would be a good time to explain how I've been doing with life.

Life is amazing and going rather well for me. A while back I had terrible home issues to which are resolved and things are better than ever. I have made tons of new friends and I don't daydream nearly as much as I use to.

For those new and old I hope this community helps you as it has me. Have a great day and thanks for…

I'm sick of wasting my life away and I intend to do my best to get rid of my MD.

Basically the list will go from basic chores (make sure all dishes are clean) to academic tasks (study for 25 minutes for an exam) to fun personal things (read from a book).