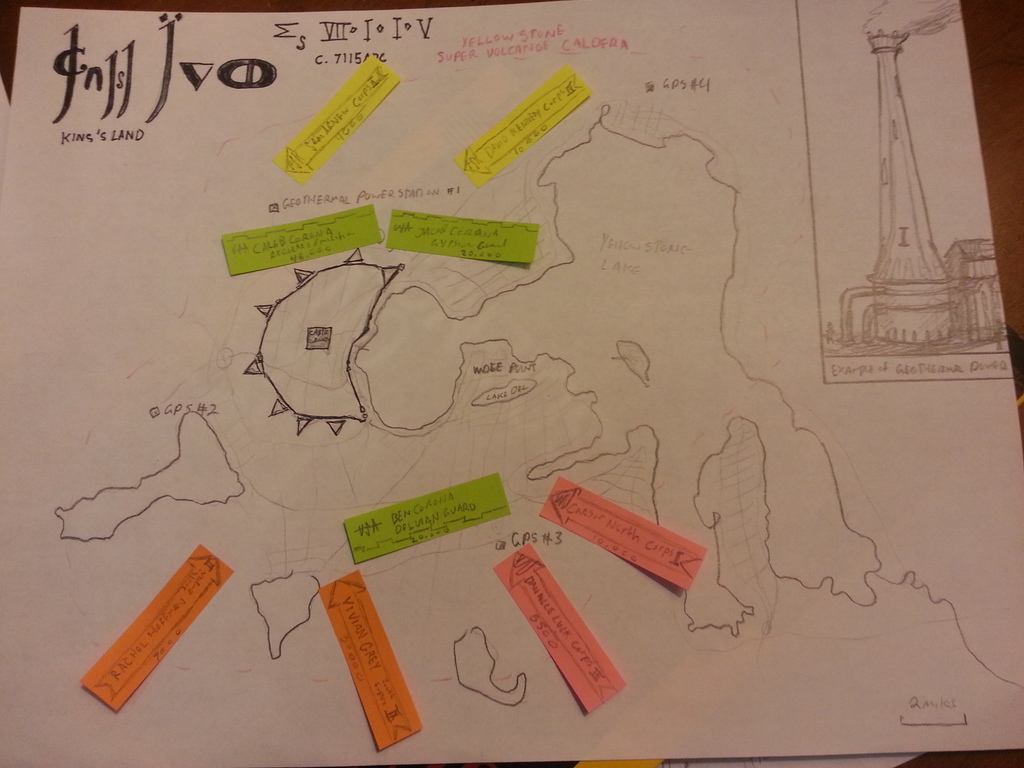 The Western Wars is the conflict between the largest of my nations. One one side is the Freestate of Kennedy, Asteriskia, the Western Union, and Queensland that make up the Tri-Star Alliance; one the other, the massive empire of Uzah headed by a land hungry King Jacob Corona. Halfway through the war, another player entered the game on a third side: the South Empire also taking land, fighting both the Tri-Star Alliance and Uzah.

The Uzahns pushed as far east as Kennedy, and the Kennedians rallied with Sam Agnew to push the front all the way to the doorstep of Kingsland. 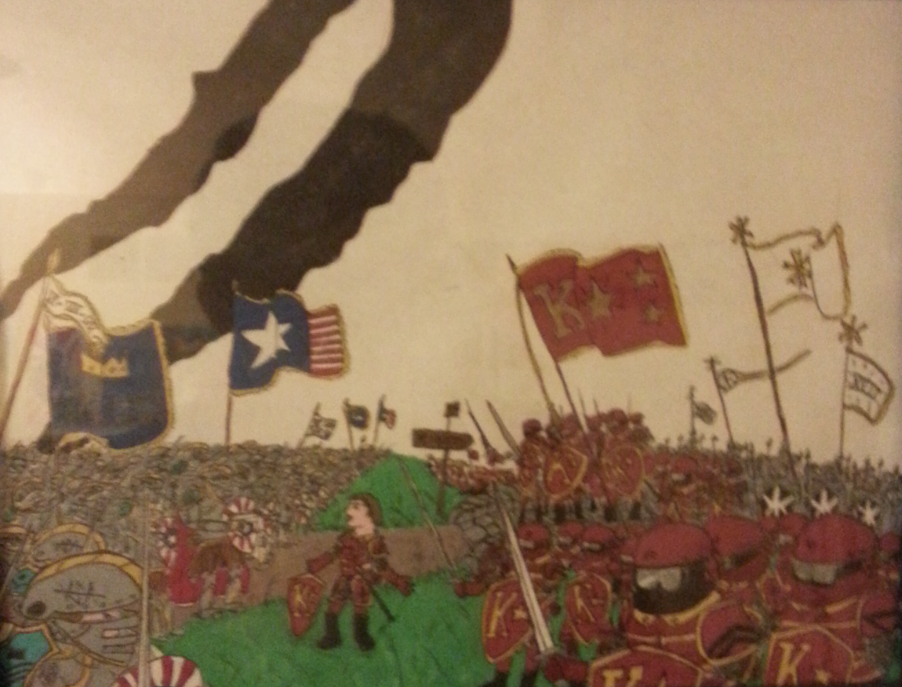 (Battle of Kennedy Roads, where over half of the Uzahn army was meticulously slaughtered.)

The push to Kingsland had been a hard and arduous one, fighting through miles of enemy territory, almost exclusively wilderness. This war was putting a toll on the Kennedians. With the winter looming above, the Tri-Star Alliance had to move on Kingsland quickly before they were snowed in and starved to death. It was too deep into enemy territory to turn back now.

Along with that, the Empress Vivian Grey and her South Empire was approaching the capitol as well from the south, destroying the countryside.

Kingsland is situated in a place once referred as Yellowstone, the white walls of the city ram up against Lake Yellowstone, and surrounding it, were miles and miles of peasantry suburbs. The king had geothermal power plant hooked up to the many natural geysers and hot springs to make power.

(There were four of these in the surrounding area and powered the entire city.)

These tall towers loomed over the row houses like massive chess pieces and were called Rooks. They were the key to a Kennedian victory. The Asteriskians were superstitious of these and decided to turn around and march back to their home city, quitting the war and the alliance. They were on to something, the very last verse in the Asteriskian book of prophecies goes like this: "The Angel shall tip the Rook, and the first seal of Hell shall open. Hell shall break loose and reign upon the plains of the Earth. The Good shall be removed to the Heavens. The sad age of man will end." 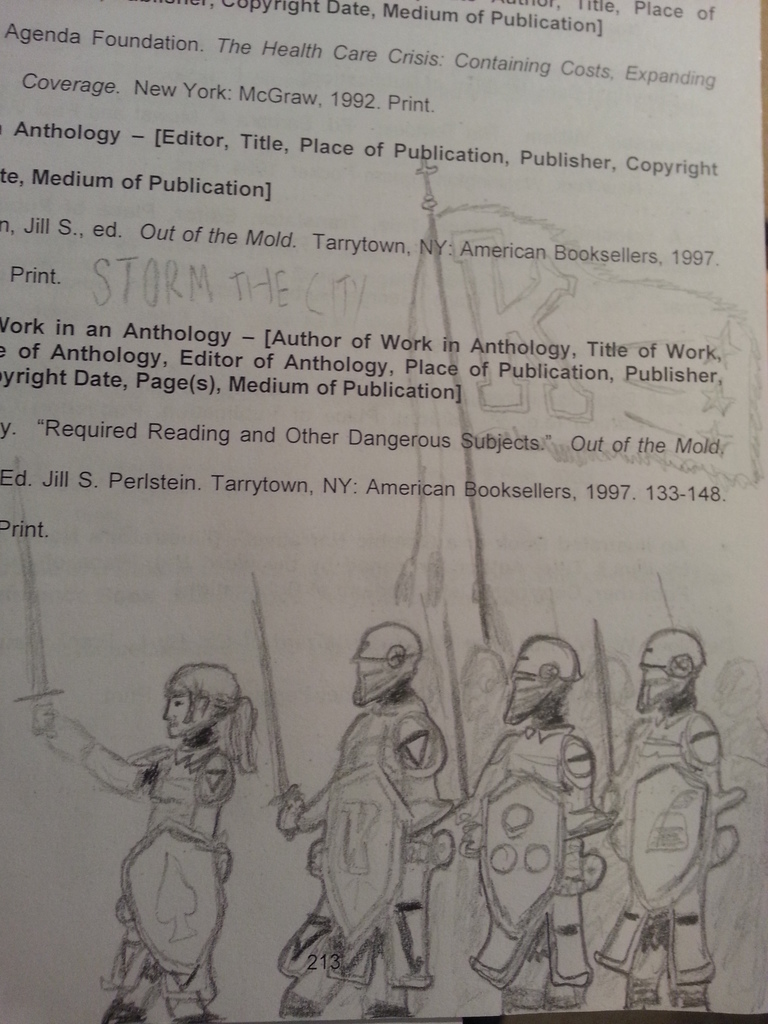 (Commander Samantha Agnew, the Angel of the East, according to the people of the Western Union).

Sam Agnew (from my other blog post) is tasked with heading a charge on one the the Rooks, known as GP No I. She and a contingency of 1000 volunteers stormed the Uzahn line protecting the compound and quickly set up explosives to eliminate the power source. A Kennedian chaplain, who was one of the few Asteriskian denomination origin asked her not to blow up  the tower, she refused.

A few hundred miles to the west, a group of Kennedians  headed by General Edward Stratton were wrecking havoc on Uzahn cities. He and a few other men walked up to the tallest tower in the city to see if they could see Kingsland from there.

WHAT I REMEMBER FROM 9TH GRADE EARTH SCIENCE IS THAT YELLOWSTONE HAS A MASSIVE SUPERVOLCANOE. The geysers and hot springs were a product of a magma chamber the size the world has never seen. If disturbed, the whole thing could blow up.

In the heat of battle, hundreds of thousands of soldiers fighting each other all stop at once when they hear the massive Rook explode and fall over. Power fails across the city, leaving communication cut off. The ground starts to shake in the greatest feat of nature ever seen, and a tower of lava comes shooting out of the ground where the Rook was, killing Sam and her com padres.  The whole area continued shaking as more and more Rooks exploded into pillars of molten rock, spewing into the atmosphere. People were running everywhere.

General Stratton could see and feel the whole thing.

The entire sunken caldera exploded, eating up the entire city, King Jacob Corona, Sam Agnew, Vivian Grey, Caesar North, and millions of people who were fighting. the ash and lava flow head east with the winds all the way to Kennedy, leaving the Western Union in over several feet of ash. Hundreds of millions of people died in the ensuing minutes and hours. 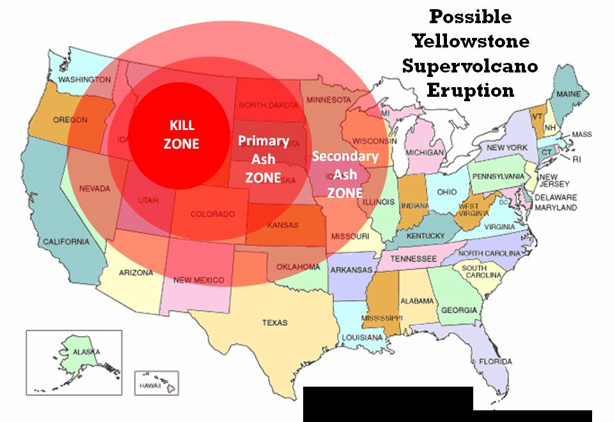 The billions of pounds of ash in the atmosphere cooled down the planet and sent it into a new ice age. The human race almost went extinct. Only several thousand of people at the equator survived. The age of civilization is over, just as prophecy stated.

Is this the end of my daydreaming? Probably not.

TL;DR I ended my daydream in the biggest and most epic way I could think of. What do you guys think? Anything you could add or whatever? I know I need to do some more drawings, I will put them up later!

Was that a whoah as in Omg that was epic? or whoah why would you do that?

That's cool! but I needed to end it somehow, and this was the most epic to me.

Comment by The1andonlyAbber on March 1, 2015 at 7:53pm
My daydreams also involve a supervolcano. It's dormant but an explosion could set it off (this almost happened at one point but my character was able to stop it). If it erupted then the main planet of my daydreams would be totally destroyed, so I PROBABLY won't have it erupt.