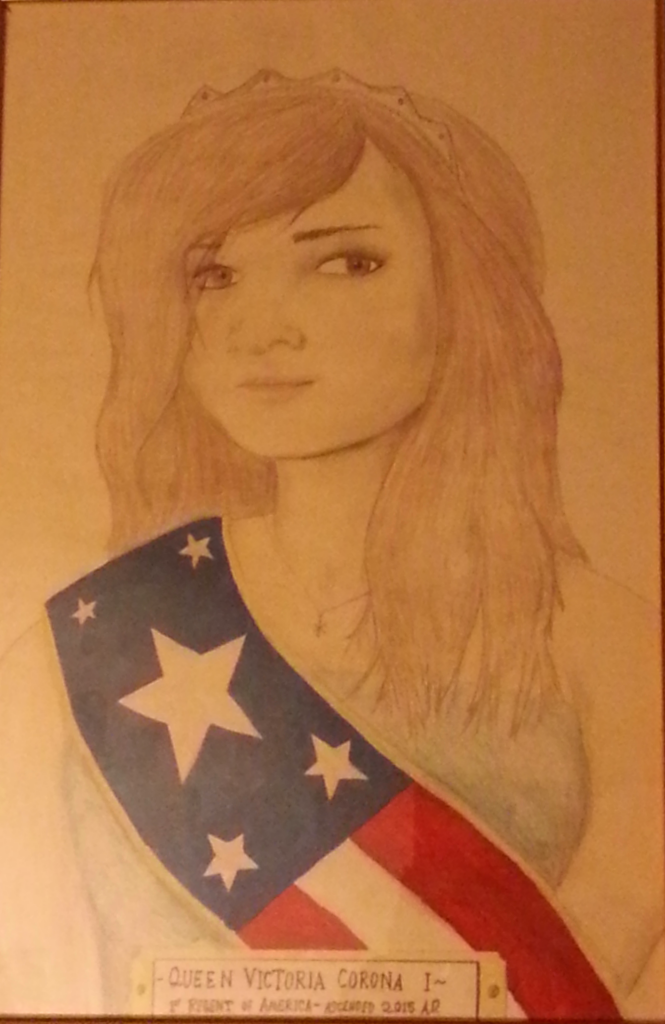 When I started daydreaming over ten years ago, many of my current characters were in their creative infancy. The idea of an American royal family came to me back in the 6th grade, when I did fall completely in love with this girl; who turned into the good Queen that my entire daydream is built upon. This girl was witty, cunning, smart, and funny: just like a leader.

This is the story of Queen Victoria Corona, a girl with two siblings that came from a lower class neighborhood on the south side of Chicago before the Great Green Plague (check out my earlier stuff to get caught up). She and her younger sister and brother fought for their survival on the way down to the safe haven of a city that was being constructed to hold as many survivors as possible. On her way in, she met the commander of the city's army, John Willows, and he was convinced that she would make a good leader for the new forming nation. With the several thousand citizens of the city, they voted her into office of leader, with the details to be smoothed out later. By the time the first winter came, the city built a massive wall out of snow to keep bandits and criminals out. A motorcycle contingent from the east tried to enter the city, but when refused by the guards, they opened fire and attacked the city. Victoria then vowed she would step out of office when that specific band of bandits were taken care of. Thinking lightly of it, John Willows jokingly make her "Queen", but the title stuck, not only to her but the city around her, now called Queensland. What nobody knew was the motorcyclists were not part of a gang, but a separate and expansionist nation called the Hoffman Empire (see https://wildminds.ning.com/profiles/blogs/the-south-empire-under-th... ) She unknowingly declared war on the most powerful dictatorship to arise since Hitler. Her term in office that was supposed to be a year at most ended up being very very very, long. She held steadfast though, she never let her position of power get to her: she was always very informal, personal, and vocal about every issue. She wasn't almightly powerful either, there was a court system, a senate, and a house to check her powers, but she remained highly popular even during controversy and numerous failed assassination attempts. She was considered a mother to the nation.

When the time did in fact come to step out of office at the end of the bloodiest war in history, she cemented herself as one of the greatest forces in the world. With her pension and backpay, she went to build her own private retirement castle, really far away from Queensland, in a place once known as yellowstone. Here is the place where her brother rises to power... 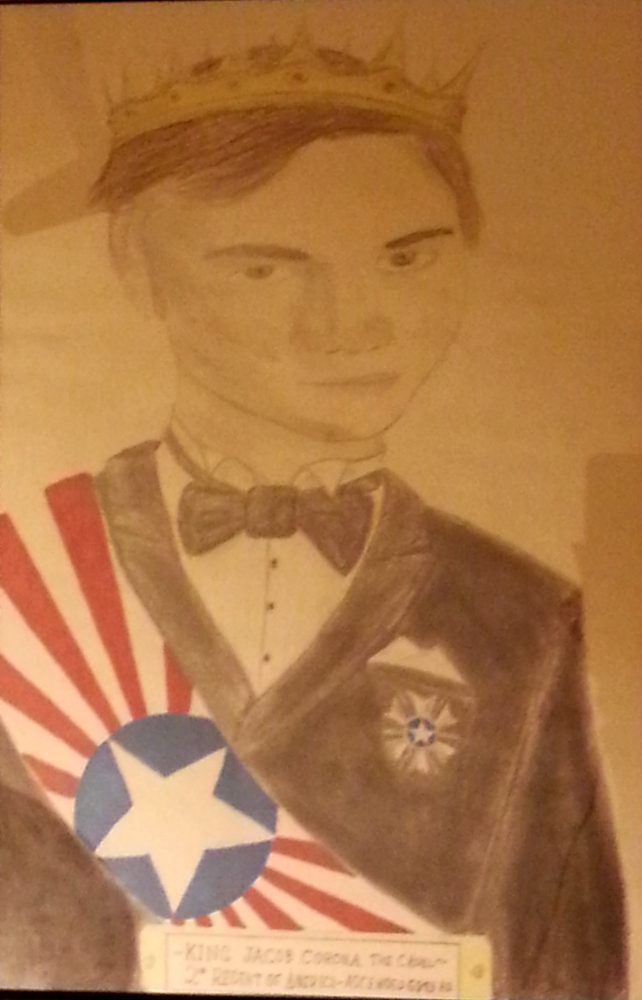 Jacob Corona was not like her sister. When she and her sister would go out all the time o perform stately duties, he would stay at home, lurking in the shadow of his sister's glory. Jacob is not the nicest person to be around, and that was probably why the other two siblings alienated him. For his sister's entire reign, he plotted and plotted. By the time Victoria stepped out of office, America switched to a presidential system until the country's downfall around the year 6000 AD. At America's height of power, they controlled over 98% of the world's landmass. But the system failed, and the world fell into the dark ages after millions of people left the Earth on space ships to colonize the galaxy (including Victoria and her sister) When contact with the space ships ended, the world slowly but surely stopped knowing how to create and use technology. This was when Jacob ascended to the throne at his newly declared capitol in Yellowstone called Kingsland. He even spent the trouble to create a new language for his people to learn so they could stop reading enlightened english. 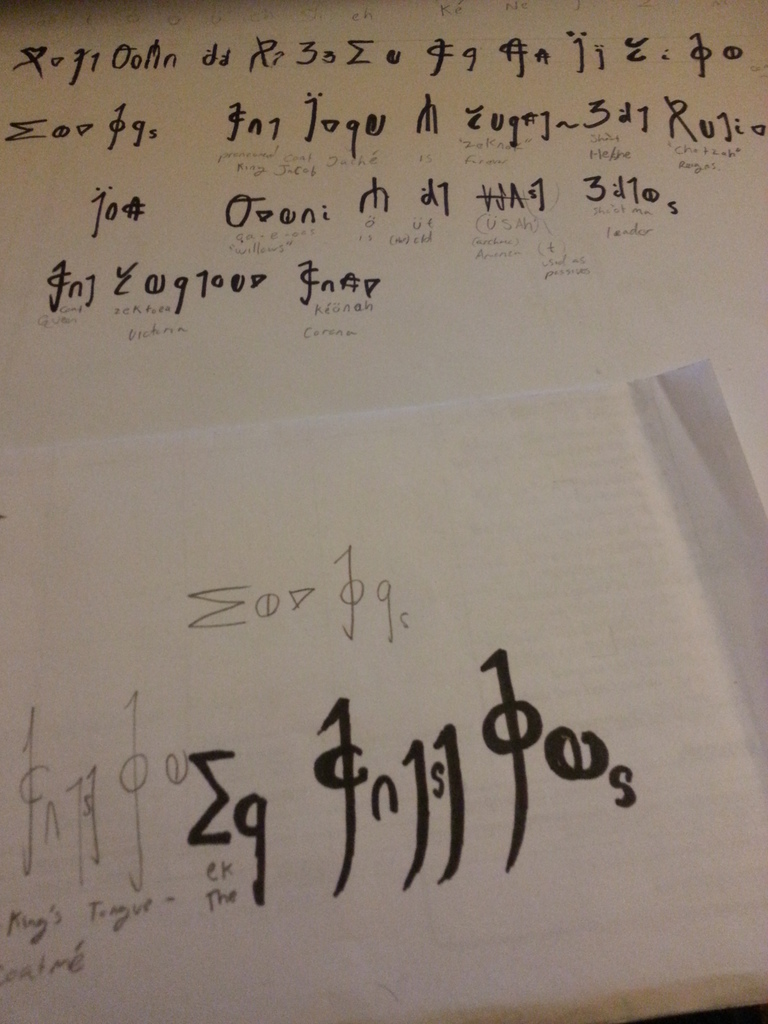 (The language he created to make sure his people were subservient)

He was power hungry and expanded his empire mercilessly. Anyone who didn't come from his empire were considered rebels and were treated as such. His armies were massive and wielded swords and shields, they invaded the Western Union and started the Western Wars, (see my older posts) that would end civilized life on Earth. Cheery guy.

In the end, I try to make my daydreams as human and intricate as possible. The characters in my head have been developing and maturing for the last ten years... they're not done yet.

If you guys have any interesting people or stories from your DD, share!