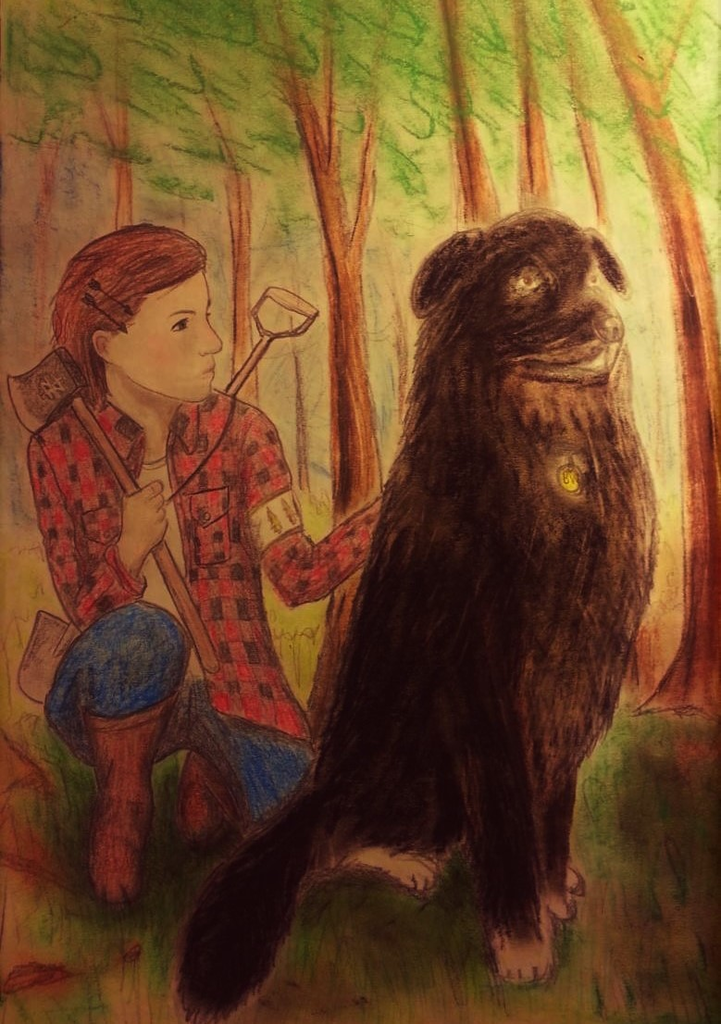 The early days of my world is where Nature starts to take itself back: wildfires would burn down whole towns, hurricanes would level whole coastlines, city streets would flood like rivers, trees and shrubs started to grow in the cracks of the pavement, and feral packs of dogs and cats roamed the land. You might even have the fortune/misfortune of crossing escaped zoo animals such as giraffes, elephants, monkeys, and lions. Humans as a whole realized that it was impossible to continue living at standards before the pandemic that destroyed the world, and they totally rethought everything from housing design to diets. Kennedians especially learned how to respect and live with Nature: above is a Guardian of the Forest pictured in the early days of 2019. They learned how to give back to Nature and how to make each other thrive on what was given to them, and they even buried their dead under trees as new graves.

There would come a time where several religions are based heavily on Nature and the bonds that it has with humankind, but at the same time, as people relearned more and more of their old ways, they started to live like modern humans again. All throughout my world there are subtle undertones of the fight between man and Nature, and the men who live with Nature are the ones that usually prevail.

Just a thought from my day dreams. What is nature's role in your day dreams?

In my daydreams nature gives the various contexts some more emphasis, rather than having its own significance, though there is the occasional awesome sight.  It's soaked in symbolism basically all the time.

My daydreams take place throughout all of space, so nature kind of symbolizes the unique characteristics of each planet... but it's pretty minor. Mine is mainly about government and war...