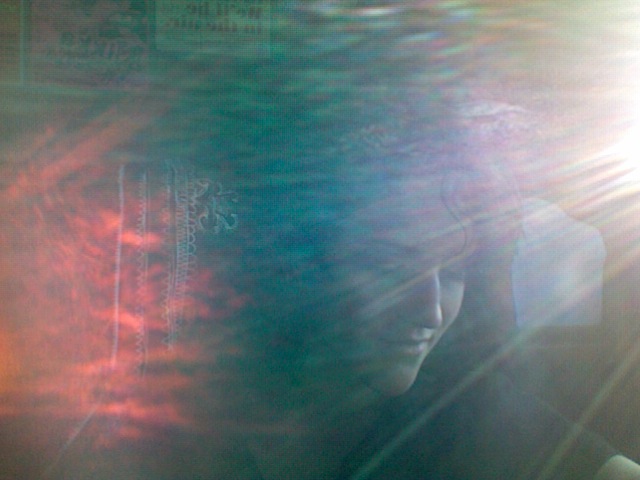 Steph has not received any gifts yet

Anyone else have symptoms of PTSD...how have they impacted your daydreaming?
Nov 23, 2019
5 Comments 0 Likes

Anyone else have symptoms of PTSD...how have they impacted your daydreaming?
Nov 5, 2019
5 Comments 0 Likes

Anyone else have symptoms of PTSD...how have they impacted your daydreaming?
Sep 4, 2019
5 Comments 0 Likes

I'm an (almost) 21 year old currently in my junior year of college. I have been searching everywhere on the internet for ways to "get out of character," because my therapist likened what I described to method acting, and I had trouble finding anything helpful. Then I stumbled across the article on Maladaptive daydreaming on Wikipedia and knew immediately that this is what I have. I'm going to mention it to my therapist as soon as I see her again and see what she thinks. Since this is such a new discovery, it makes sense that most of the advice she has given me hasn't worked very well. I did more research on this type of daydreaming and I am so happy and overjoyed to have found out that what I have has a name and other people experience it. I've been close to tears just thinking about it because I'm so relieved.

I've been in therapy for about two years for depression and anxiety disorder. I also have some symptoms of post-traumatic stress disorder, though I am not officially diagnosed with it. The trauma comes from my experience with the September 11, 2001 attacks on New York, part of which I witnessed. I was eleven. My dad, who is now a retired police officer, worked at Ground Zero in the days following the attacks. The daydreaming began to disrupt my life around this time. During my freshman year of college, I developed some symptoms of social anxiety disorder because I became completely isolated from anyone who cared for me. I would go days without talking to people and even when I transferred schools last year so I could be closer to home, I've only begun to be able to talk to people the way I used to now.

Basically, ever since I can remember I've had an intense imagination and always imagined myself acting out stories that I wanted to be in. When I was young, this felt normal and probably was, but it really started to bother me in middle school. I became completely obsessed with the Lord of the Rings books and movies. I spent most of my time wishing I lived in that universe and pretending that I did. I would usually pretend to be characters in the story and try to find similarities between my friends and family, where I lived, other qualities of my life, and the story. It made me very nervous to be around people when I did this because I felt like they could tell I was doing it. I wanted people to notice the similarities, ones that I probably made up in my head anyway. Watching the movies, reading the books, and listening to the music really "messed me up" (I have no good way to describe it) and this still affects me to this day. Finally, in my freshman year of high school, I became seriously depressed, even suicidal at times, and as far as I can remember, the daydreaming about the Lord of the Rings stopped. It comes back now and then, but it hasn't been as intense as it was. I think the depression stopped it somehow, probably because I was so numb. In an effort to end this obsession, I reread the entire book series and I feel like this helped too, perhaps in a "closure" sense.

More recently (I don't remember when this started, probably late high school) I have dedicated half-an-hour to an hour of time to be alone in my room and dance to music. Sometimes I act out my characters and the scenarios that I create in my head. I am almost 21 and I still do this, which made me think something was wrong. The scenarios always involve me as the main character. They are often influenced by stories I've read or seen (most recently, Stephen Maturin from the Aubrey-Maturin novels has been my favorite character to inhabit, except I switch the genders of males so that I am a female version) but not always. I use real people, dead or alive, sometimes too. I always pick people who I have some similarities with. A lot of the time, I make up my own stories and this has lead me to write. Writing is my passion (I'm majoring in literature) and I've already written good chunks of the stories I come up with in my head, which is why I love daydreaming. I love how I have such a deep connection to my characters and plots and I think it allows me to write the way I do. I have tried to explain the way I feel to my friends and my therapist, and they kind of understand but I don't think any of them experience it this intensely because when I ask them how to "get out of it," they tell me to just focus on reality, which doesn't work. Lately, I've been afraid to write because of how into my characters I get while writing. I feel everything the character is feeling (and my stories are kind of depressing and stressful), so when something breaks me out of my thought process, it's very jarring. I've felt like I'm going insane, I'm afraid to drive because I usually daydream while I'm driving and I have almost got into accidents, but I know it's not any of the other personality disorders I've researched because I'm aware of the daydreaming. I do not want to get rid of the daydreaming completely, because I am so creative and it helps me with ideas, I just want to find a way to regulate it so it doesn't happen all the time. I want to be able to control it, to go in and out when I want to.

I do feel that it affects my relationships with people, but I have healthy friendships, romantic relationships, and I have a boyfriend right now who is very supportive of all this. Other than the trauma I experienced, my childhood was alright. I always had high self-esteem and I still do. I get along with my parents most of the time, even though my mom's behavior is one of the main reasons I'm in therapy because she did not allow me to healthily express myself. I'm confident in my abilities, I do very well in school, I see myself having a future, I have hobbies I enjoy. There's just this daydreaming that's underlying everything. I think it has interfered with school and work, because if I'm daydreaming while I'm at school or work and something calls me out of it, I get extremely anxious.

I've had panic attacks before, though they are usually short and rare, but they are often caused by this dancing that I do in my room, or if I'm out in public and can't handle the fantasy I'm in and my reality at the same time. My first real panic attack, actually, was while I fantasized to a really sad song and I was home alone. I've started to want to stop the daydreaming because it usually puts me into this anxious state because I daydream about my characters being in stressful, exciting scenarios. The only completely sleepless night I've had, when I lay in bed trying to go to sleep, was after a particularly intense dancing daydream.

As far as what helps, I think some techniques I have used to cope with PTSD triggers help with this. Namely, sensory experiences. Focusing on sights, sounds, smells, touch. Touch seems to help the most. I am not on any medication and I do not want to be. I often use Pamprin (a drug for PMS syndrome) to calm down and it usually helps, but it is over-the-counter and not addictive. Exercising helps. I always daydream while I exercise to music and I find that I am able to easily come into my daydream as soon as I sit down on the bike or get on the treadmill and I can easily come out of it again when I leave the gym. This really helped me at college when I had no other outlet for it. For some reason, when I'm at home, this is harder to do.

I worry about having space to be alone and dance out my daydreams, and this really bothered me at college while I had a roommate. Sometimes I would go into the bathroom and do it a little bit, but usually I could abstain from doing it until I came home. It was always a relief to do it at home. Sometimes I really look forward to it, other times it just happens when the mood strikes. When I try to stop myself from slipping into it, I get more stressed and I definitely feel a relief when I do it, like I'm escaping.

My therapy has really helped me cope with my other disorders. I'm almost never depressed now (I use a sun lamp in the winter months) and I've become better at using my coping mechanisms when I get anxious or depressed, or face trauma triggers. I'm hoping that more information about this maladaptive dreaming can help me too.

Spoke to my therapist today...

So I saw my therapist today and I got up the courage to mention this to her. She had heard of it before! I explained what I found online, and how I knew doctors didn't trust patients who researched their own stuff online, but she said this made a lot of sense. She said she's worked with other people who do this, and that it's quite common, especially in very smart people who get bored very easily. She didn't think there was anything wrong with it, except the part where I don't feel like I'm…

I found a movie about us!

So in one of my literature classes at college, we watched a movie called "Billy Liar." It's a 1963 British film and I was incredibly surprised and happy to find that it depicts the life of a guy who daydreams so much, he ends up lying constantly and can't really function socially or in relationships. It's actually a very funny and well-made movie and I suggest you all check it out! It's awesome to find something that portrays us, and from such a long time ago. Here's the IMDB link for it:… Continue

I've started a new semester at college and I've been insanely stressed. I have more responsibilities now-I'm an editor at the newspaper and I'm involved in other clubs, plus I'm getting into the 300 …

I've started a new semester at college and I've been insanely stressed. I have more responsibilities now-I'm an editor at the newspaper and I'm involved in other clubs, plus I'm getting into the 300 level classes. I love everything I'm doing, it's just very stressful. I also have a job now. I work as a hostess at a restaurant and it's really hard, but it's bringing me out of my shell and forcing me to talk to people. It's so busy there, I barely have any time to daydream, though I do it a…

Welcome, S!  Thanks for joining!

This Ning App is not visible to members on the Main page.