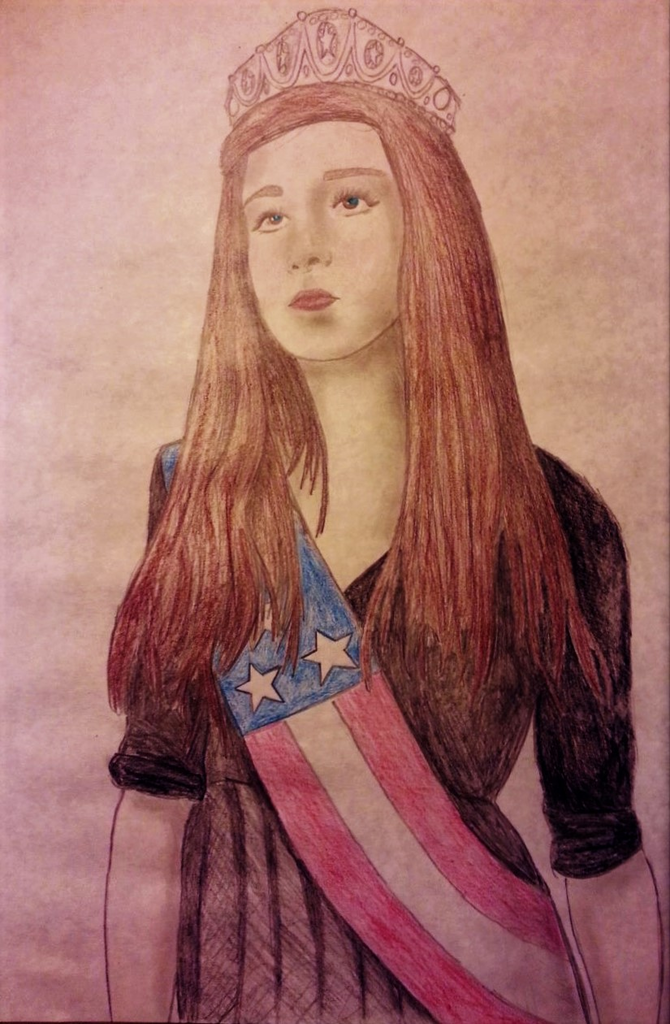 My daydream I have built over the last ten years has many characters that I directly base off of people I know. The most important and pivotal character, Queen Victoria Corona is based 100% off of this girl I liked in middle school. In my real life I might have only talked to her once or twice before she moved to a different town, but she is the basis of all of my daydreams. When I turned this girl into a character, I changed her name and tweaked some personality traits, but literally everything else I kept the same.

Victoria Corona rose to power as Queen of a small city-state during the Apocalypse of 2015. Her military campaigns and her diplomacy quickly united the disease stricken Midwest before the invasion of the evil Hoffman Empire. Her reign saw the stabilization of life for her citizens, a chaotic land turned to democracy once again, and expansion of her country of over 4000%. She ruled with a nonchalant hand, but always tried to be fair. She he many fans, but some people could not fathom a monarchy in the former United States. These people known as the Republicans tried their hardest to discredit the Queen and even might have attempted an assassination or two. Her reign was not without failure though, she started a war that would decimate the continent, accidentally burn Chicago to the ground, her capital would invaded twice, and a trading hub under her rule was reduced to a gang-infested cesspool.

Once she left her office for the country to establish a proper presidential republic, she became the most beloved figure on the world. When she retired to a personal castle built far away from literally everything else.

I haven't posted here in a very long time, sorry guys. I have mostly moved over the reddit's /r/worldbuilding you should check it out!

Your illustrations are really good man!