The End of the Western Union 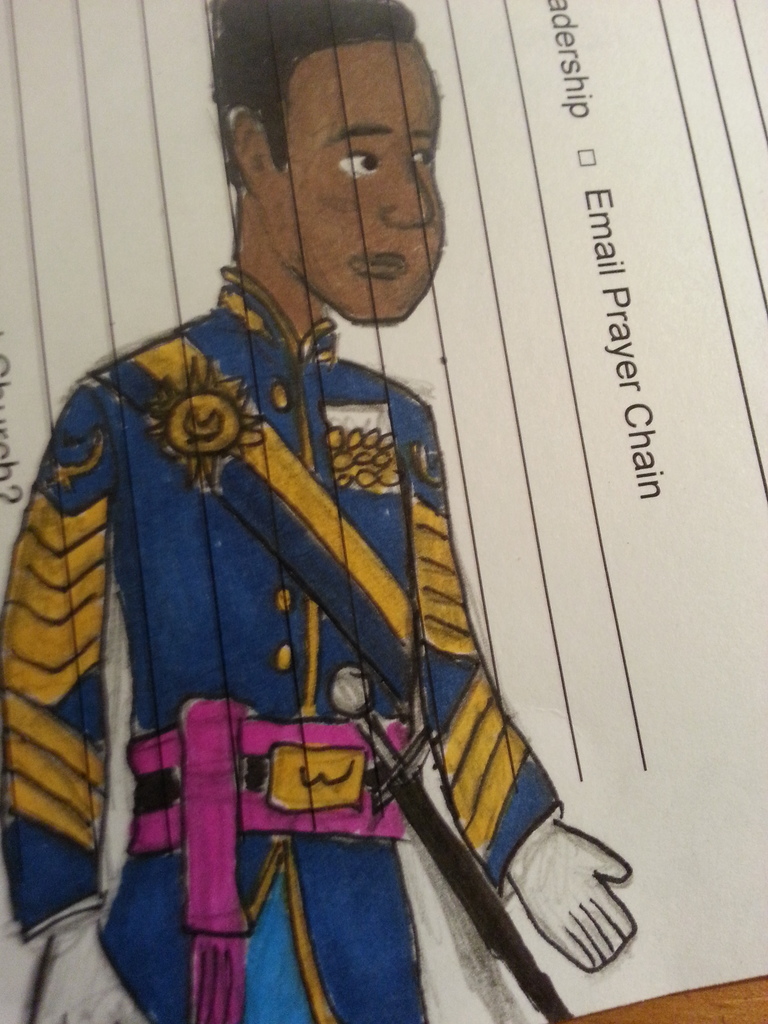 My daydream's plot is getting more and more complex. I've added over 20 new minor and maybe major characters to the current events going on in the Western Union. 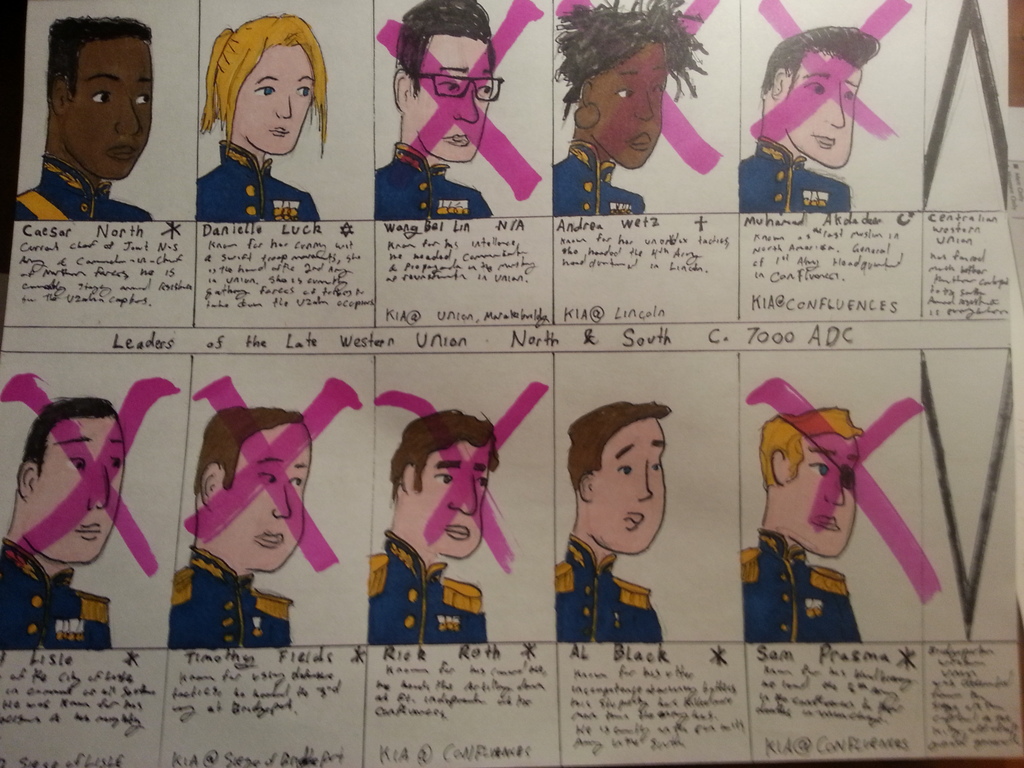 (These are the the main military leaders from the Western Union involved in the Western Wars, the X's indicate if they have been killed)

After massive capitulation of both military and civilian authority, the Western Union is in disarray. Nothing can stop the Uzahn advances further into friendly territory. After the fall of the confluences, all was considered lost because over 90% of the entire nation's military was destroyed, leaving it defenseless. Only three generals remain, two good ones in the Northern half, and one incompetent coward to the south.

This is what I have DDed about this weekend, I did realize that most of my character before were all white, so I'm trying to account for more diversity within my world. As you can see the Northern Western Union is much more diverse and a post racial society: most of their leaders are PoC. On the contrary, the south, considered a little bigoted and racist, all of the generals are white. I know in other time periods of my daydream there is much diversity and conflict, just here, it's lacking a little. I need to work on that.

DD for me isn't really an issue, I love making stories in my head and building characters. I just need to have more details now.

(you guys can share your feelings and DDs on here! I would love to  hear from you!)

Thanks guys! I'm continuing to further my plot along here, adding specifics and whatnot!

I love that your are able to draw your characters.