Today was scary. It was one of those rare but intense daydreaming days for me. I spent 15 hours lying in bed, sleeping and daydreaming. The only thing I ate was a small sandwich at 5pm. I didn't even want to eat. I looked as if I had all the symptoms of depression, except that I was having an extremely delightful time in my head. I’m glad I’m not like this all the time, but it truly scares me afterwards. Am I the only one who has daydreamed to this extreme?

The entire day, I daydreamed about my main characters (Kevin and Dan) falling in love while ice skating. Perhaps the newness of the idea got me hooked, because I haven't thought of it before. Kevin didn’t know how to ice skate and hated his first attempt, but Dan was willing to teach him. There was going to be an ice skating race/marathon coming up that all of Kevin’s friends were participating in. It looked something like this:

Since Dan was teaching Kevin how to ice skate, he had an excuse to touch him. Dan would say, “Let go of the rail, and I’ll guide you. Don’t worry, I won’t let you fall.” Kevin would look at him reluctantly, wishing so much that he wasn’t there, but gave into his commands anyway. Before he realized it, he was enjoying the session, and they were growing closer. One week later, he was ready for the race.

In order to participate, you had to have a partner. Kevin asked Dan to be his partner, despite that Dan wasn't originally planning to participate. Finally on the day of the marathon, they met up and observed the crowds, waiting for it to begin. Two of Kevin’s friends spotted them together, called them over, and said, “Wow, I just knew you’d be partners. Are you lovebirds getting married soon?” To both Kevin and Dan’s astonishment, neither of them answered the question with a negative response. They simply looked at each other, speechless, curious, and afraid to say something offensive. Was not saying something offensive? They had never discussed the possibility of being together, yet they definitely felt something for each other. Well, Dan came up with a clever response, whatever it was, and sent Kevin’s friends away.

Then Dan’s best friend, Milley, snuggled between them, grabbing both of their arms. That was a relief, because they had no idea what to say after that awkward moment. The race began shortly. Kevin and Dan skated next to each other in silence. Now and then, one of Kevin’s friends would pass them and scream out “Hey, how are you two lovebirds doing!” It was especially annoying to Kevin, who was becoming more flustered by the minute. Noticing his discomfort, Dan took a chance and grabbed his hand. The next time Kevin’s friends passed them, they didn’t say anything. It was just one of those “Oh, the joke is real. Well, let's leave them alone now" moments.

The sun was beginning to set, and they were still holding hands. Dan occasionally asked him, “How are you holding up? Are you getting tired?” Kevin would always say “No” and they’d keep going. Suddenly, they came up to two women who were sitting on the ice. One of them sprained her ankle. Dan immediately offered to help her, but the injured woman declined politely, saying they had already called someone for help. Her partner then looked at Kevin and said, “Wow, your boyfriend sure is nice.” This comment surprised him—even strangers thought they were a couple. Then again, maybe she saw them holding hands, or most partners in the race were male/female pairs. Kevin replied, “He’s always like this," and smiled a little.

Since there wasn’t anything Kevin or Dan could do for the two ladies, they continued on ice skating. Night quickly fell upon them, and they were growing exhausted. Lots of people had already given up on the race, but they weren’t going to quit. Holding hands gave them emotional support to finish. Neither said a word—they just wondered what the heck was going to happen after they finished.

Eventually, they finished the race, with a huge satisfactory smile on their faces. Many families were still gathered with banners and lights to cheer for them. Kevin’s friends were already resting up in a restaurant nearby, which was crowded beyond belief. Kevin and Dan peered inside the window and gave each other the "I'm NOT going in there" look, so they decided to go someplace where they could be alone. One thing lead to another, and Dan suddenly grabbed Kevin in a loving embrace, giving him a long and passionate kiss.

Annnd that’s all I daydreamed today, replaying it over and over and over and over and over. I get so hung up on the scenes where Dan is teaching Kevin how to ice skate, when they’re skating in silence, the feeling of the cold air, the excitement of the race, the kiss at the end...and all of that. I’m probably going to have another round of this daydream tomorrow, but hopefully I’ll be able to make myself do other things. I’m behind on my anime reviews. *sigh* D:

I actually imagined the same appearance for two different book characters from the same author. I'll go with the date when I read the first book, which was sometime in 2003 or 2004. I randomly selected it from the school library for my freshman reading class. I'll have to look at my high school transcript to specify the month/year, whenever I can retrieve it from the attic. Interestingly, this character also inspired myself as a DD character, because I have his supernatural abilities. It makes me wonder what my DDs would be like today if I never discovered this one author.

All I know about Kevin is that he definitely existed in 2007 when the role-play was coming to an end. My first big daydream of Kevin and Dan, a dark military daydream, must have been influenced by the role-play, where Dan was the commander of an underground army, trying to overthrow the corrupt government.

Comment by roxanne on October 4, 2011 at 1:42pm
I would absolutely consider that the conception of Dan & then Caleb=Kevin.  This is heady stuff.

To be honest, I just can't remember. (another reason why I wish I continued to write in my diary, ARG!!) The best I can do is to track down an internet friend from 2007 and ask her if she remembers when we started our role-play, where I used Dan. Maybe, just maybe, she can look into our IM archive or a saved document. Or maybe she has good memory. But I doubt it'd be that easy.

Wait, I wonder if this counts. I originally based Dan off a character from a scifi book when I was in high school. The way I imagined the book character slowly took shape into my DD character. I eventually used him in a role-play, where he fell in love with my friend's character, Caleb. After we stopped role-playing, I somehow shaped Caleb into Kevin. But anyway. If I can pinpoint when I started reading this scifi book, does that really count? Even though he wasn't a DD character, that still marked the beginning of when I imagined his appearance. If it weren't for the book and the role-play, the Dan and Kevin I know today probably wouldn't exist.

Oh, you can just highlight the italicized text and press Ctrl + I. Or you can select the I on the toolbar at the top of the text/comment box.

Do you remember when you first thought of each of them?  Season?  Month?  Around a holiday?  Day of week?  Any thing that could help you narrow it down?  Then when they met each other for the first time?  I try to remember when I first started obsessing about my current crush.  I have narrowed it down to a month & year, as it was when a movie first came out.  I was not a big fan before, and though I started that night fantasizing about him, it didn't take for quite a while.

Do you have any idea what I hit on key board to get this slanty type, and how I can get the old one back?

Ok, now I'm back on a happy track! Yesterday was actually my birthday, so today I've been daydreaming about them celebrating each other's birthdays. Okay, maybe I still used a little drama (like Kevin forgot about Dan's birthday--le gasp!), but even that one had a passionate ending. Squee~ :3

It got me thinking. I'd like to pick a real date for their birthdays....cuz then I'd have an excuse to eat more cake, lol. x3

Comment by roxanne on October 2, 2011 at 3:02pm
This is great fun.  Sorry about the other unhappy ending.  But apparently it was time for a new beginning

Well, when I went with your ideas, Dan unfortunately died. T__T (tears) lol

At any rate, I’m on a different story. Kevin is now a shy transgender who has never dated anyone. He’s very distant with his parents, but his best friend, Mark, has been looking out for him. They’re actually sharing an apartment. Somehow, Mark is very familiar with Dan’s best friend, Milley, and they decide to have lunch with each other’s friends. This is when Kevin and Dan meet for the first time, though it’s nothing special at first. They hardly even talk to each other with all the commotion at the table. Besides, Kevin is rather quiet and unnoticeable.

They end up recognizing each other at the store later, which marks the beginning of their friendship. In this scenario, Dan lived in Germany and has traveled around the world. Kevin is impressed, as his life just doesn’t compare because he’s been living in a closet all his life. It takes a long time for Kevin to open up to him. However, Mark becomes more protective and tries to stop them from getting too close. In the long run, they get together, and Kevin moves out of his apartment. Mark is furious. Kevin even goes with Dan to Germany to meet his parents, which is a huge and delightful experience for him.

For some reason, I got really interested in the idea that Kevin still has his female reproductive organs, so he can get pregnant. In one scenario, he has a son, but he turns out to be Mark’s child. This is devastating, since Dan thought it was his. Mark is interested in becoming involved, having custody rights, and all that. Kevin tries to convince Dan that the child still looks up to him as the "father," and that this whole thing wasn't meant to happen, but…that relationship is doomed. In another scenario, Kevin keeps having miscarriages, and their relationship goes through Hell. He just blames himself because of his past hormone therapy. And in another scenario, Kevin is disgusted at being pregnant because he wants to live as a man, but Dan is against abortion. Yeah, more drama. =P

X3 is crossing your eyes with a kitty smile, used to express excitement or something. I know, just who would look like this in real life? LOL. 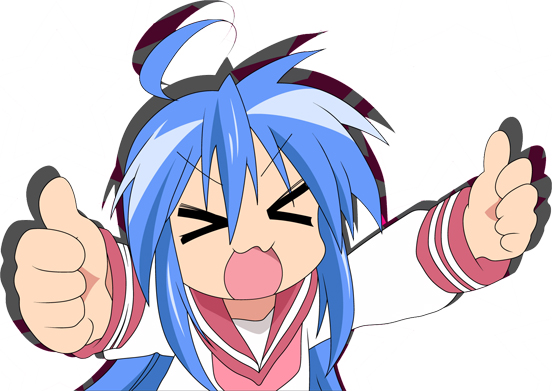 Breaks leg from awkward fall; falls through ice & is suffering from hypothermia, which brought on serious asthma attack; innocent bystander to violent lovers' quarrel by former lover of another ice skater, who thinks she is now with Dan & shoots him.