For people have daydreams that have something to do with heros.If you want you can write down your characters, powers(if they have them),and the plot of your MD story. 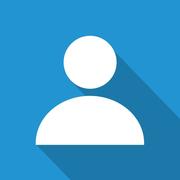 The truth that nobody tells you about daydreaming!

Hello everyone!Before I start writing this I strongly recommend you to read this book " healing the child within" for Charles Whitfield. Honestly it is life changing.Some of the opinions below are…Continue

Ive made up this whole charcter with powers like telekensis, telepathy and mind control. it was hugely inspired by DC comics when I was a kid and as I grew older I modified the charcter. the charcter…Continue

What type of daydream do you have?

You need to be a member of Hero Daydreams to add comments!

My daydreams involve a person named Alex. He was a student from University of Washington. He's a nobody. He likes to listen to country music, watch random cooking shows, and has a photographic memory. One day, he was walking back to his dorm when he noticed his door unlocked. Believing that his roommate forgot to lock it before he left, Alex opened the door and saw a man with a gun pointed to the roommate's head. The next thing he knows is that he's waking up in a cold dark cell. No windows. There's another person; a small, muscular Russian boy named Dimitri. Turns out they were both selected for the Metahuman Project. Scientists from a shadow organization drugs the two of them and ten other prisoners to unlock their abilities. Alex can teleport, as long as he knows what the location he's teleporting to looks like in advance. This makes a photographic memory helpful. They both make friends with a sociopathic zombie, Elena Gomez or Ellie. She has short black hair, blood-red eyes, and a maniacal smile always plastered on her face. The scientists tested their abilities through daily cage fights, designed to weaponize them. Alex got his ass kicked multiple times, but slowly, he got better, faster, stronger (had to make that song reference :) ). Every cage fight for Ellie was basically a three-course meal for her. Dimitri tried to use his abilities, but his progress grew increasingly slow. One night, while Alex slept, the guards quietly choked him. When Alex woke up, Dimitri, the kid he raised, gave him his portion of food when he was hungry, comforted him at night when the nightmares got worse, was gone. At that point, Alex figured out how to get the key to everyone's cells and disable dampeners stifling their powers. Alex started a riot, which formed a distraction for Ellie and him to escape. When Alex broke into one of the scientists' office to get her car keys, he heard a noise and turned around with the gun he stole from one of the guards. It was Dr. Martin. The person who tortured every single one of them, even Ellie, with no remorse. Her eyes were filled with fear. Alex realized that in that moment, he held her life in his hands. He tried to muster enough anger to pull the trigger, but inside, he was tired. Tired of heartbreak, tired from the pain, tired from everything. Plus, he didn't want to be a monster like her. With an anguished cry, he shot the wall directly next to her and escaped with Ellie on a Jeep. And believe it or not, this was only the beginning.

To those who read this far, I know I wasn't very descriptive and trust me, this isn't the WHOLE story. Y'all know when it comes to MD, the story never ends. I want to tell you all a little bit bout myself. I'm a sophomore at a university down south. I go to class. I go to work. Just like everyone else. But, I struggle with MD. It's an addiction, one I have not been able to shake off. I wake up every morning in pain, an enormous weight pressing down on my head. Every emotion that my characters feel I feel, their happiness, joy, misery, and pain. It's a burden that I don't want to bear, but I do it anyways. I lie to the people around me, telling them I'm alright. Because the moment I tell people I have a condition like this, people will not look me the same way. I don't want to be treated differently. I'm hoping this website might help me. it's people like you all on this sit that inspire me to wake up, carry the weight, and get shit done. Thanks  and happy 2020 :)

Most of my daydreams are like a fanfiction where I place myself in an already existing universe. For the past months the Marvel universe has been my go to. In it i'm a girl who thinks she just normal person Interning at some government artifact sector when one day I figure out i'm half asgardian and I'm a godess of energy or motion. I can basically manipulate matter and energy to my will and it just looks like invisible blasts whenever I use my power. It's become so developed that ive created a 2 hour song playlist and each song corresponds to a diffrent part of this daydream I created and I usually fall asleep to the storyline and add more on during the day. It actually helps me sleep because I have many sleeping problems, including restless mind, and it helps me focus on just one thing. I've been creating the storyline to perfection for 4 months now and if i could display my thoughts on screen it would be a great movie lol

Comment by Chris on February 8, 2018 at 5:33pm
I have this one character I envision myself as is called the Phoenix. When I’m him, I have this impenetrable armor, and have these wings on my arms that are made of throwing knives. I fight off whatever bad guys I think of. It changes day to day

Comment by Fallen Messenger on January 22, 2018 at 9:26am
My alter egos are always military heroes of some sort, so it makes me personally want to join the military for my country but the only issue I have with that is that I have such a deep loyalty to my 'made up' nation that k can't imagine me giving myself to another country.

Comment by Mark on January 22, 2018 at 7:05am
The picture 4 my comment above is in the photo section should be to herad to figure out which one lol

Comment by Mark on January 22, 2018 at 7:03am
When I day dream this is how I envision myself. I'm powerful, respected, and I have gifts/talents. As a Sith Lord I can change things and right the wrongs of this corrupted society. Unfortunately, the real me isn't taken seriously, nothing I do will make society less money hungry, and fix the way we see people of different color such as myself. I'm sometimes terrified that at any moment I can be killed by police, another black person or some selfish idiot late for work.

Comment by Fallen Messenger on April 10, 2017 at 8:27am
My daydreams have hero's as the middle, but they are plagued with darkness and sometimes stay form the path. But in the end, I love my maladtive daydreams and strive to be like my heroic alter-egos. I'd love to share more about my story. And I'd love to hear all of yours

Comment by Meg Sheath on February 9, 2017 at 3:58pm
Hi! Thanks to everyone who joined already.(that makes me feel alot better about myself) When I saw there where people who joined and that I've had this group for a while now, I should post something. I didn't see many people saying they had daydreams about heroism and things like that. I'm curious to know how peoples daydreams are similar/different then mine. I have some questions that I will post later when I find a right way to ask them