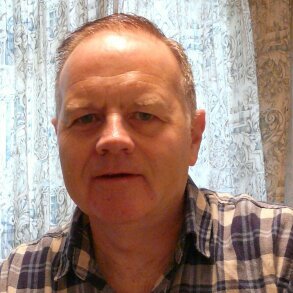 Michael Meager has not received any gifts yet

Like everyone else who is a member of this community forum, I am so pleased to have found out that there is a term for what I do: Maladaptive Daydreaming Disorder (MDD); and there are so many people like me. It would also appear that all of us thought that we were the only one who did this. That’s odd really when you consider how many shared psychosis exist in the world, but maybe we all felt that this was so personal, so weird, that no one else could exhibit such behaviour.

What prompted me to Google: “Is it unusual to have my own fantasy world?” in the first place. I think it was due to another recent strong surge in creative fantasy, which had been in a state of near dormancy for some time. Regardless of that, I’m now pleased that I did. I display the typical traits of a MDD “sufferer”. Music, films and TV can set me off; I do tend to pace; I feel more comfortable when I am playing with a pen, ruler, or more recently, a chopstick in my hand or hands. As a small child I used to bang my head on soft surfaces (like chair cushions, or bed pillows), but that activity stopped abruptly when I was about three after I missed the sofa cushion and banged my nose on the metal frame of instead, breaking my nose in the process.

It struck me after applying to join this forum that I have been practicing MDD for as much as 52 years! I am now 55 years old and my earliest recollection of MDD was when I was about three, I was definitely pre-school and since I didn’t go to nursery school or have child care with other kids, I was pretty much on my own with my mum in the flat we shared with my dad and older brother (who would have been at school when I was that age, being four years my senior).

The reason for my starting MDD seems to be fairly text book too. My dad was abusive, mainly aggressive verbal bullying, with occasional bouts of physical violence. My mum was very possessive and smothering, and it has dawned on me now that I have never been a “mummy’s boy”, so I found the extreme of my dad’s bullying and my mum’s smothering difficult to process. In addition, whilst my dad was never out of work all his life, there was never much money in our house, because he was a gambling addict. This not only meant that we lived in quite poor conditions, even though we should have had a more comfortable life, but added to the general depressive atmosphere in our family home.

The world that I created then is pretty much the same world that exists within me now, although I hope it’s become more sophisticated as time has gone by! To make up for the absence of affluence, mine was and still is a more comfortable fantasy world. I am not a character in that world, nor are any of my family or friends. I create characters and borrow people from real life too, mainly celebrities.  Some of those invented characters are still in my fantasy universe. Children have now grown into adults; have children of their own, and even grandchildren. Some of the older characters, as well as some of the younger ones too, have died. I have even found myself mourning the loss of some of these much loved people, but in order to maintain that sense of reality that I require, there has had to be casualties.

Has MDD been a curse or a blessing? I was a lonely child and have become quite comfortable with my own company throughout my life. Unlike some other MDD folk, I have a partner, a successful career as an accountant, I am pursuing a career as a novelist, and I have some very good friends. I have tried and been fairly successful at stopping in the past. There was a period of as long as ten years when I didn’t enter my fantasy world, but what started me again I can’t really tell. I do know that it was interesting to catch up with my characters and where they were in their lives.

I have suffered from depression, as well as, the awful preoccupation with getting it all “right in my head”. Maybe this is a sign that I am OCD, but I need to get their ages right and where they all are at a given time. They cannot “bend” the laws of the real universe (like dodge the bullet). Where one of the characters is drawn from real life that used to be very stressful, because I need to get there current, real life situation correct. Nowadays, the internet is invaluable in that respect. I can google people on a constant basis and follow them on facebook and twitter (not in a creepy stalker kind of way I hasten to add). I do like to meet these people in real life too. It is fascinating to see these fantasy characters in the flesh. I feel as if I know them better than themselves.

There was a time when I would have wanted a cure, but now as Diana Ross sang “If there’s a cure for this, I don’t want it”. I can control it when I have to be in this world, with my partner, family or friends, or at work by taking it all “off-line”. It is running like a program in my mind, but not in the forefront. When I need to dip into it, I can access it and pick up from where it has got to. Since there are a number of story themes with different characters I can look in on them at will and where stories merge, make sure that they all meet up in the right place at the right time.

I am not sure whether MDD has made my life richer than it would have been, or stopped me from fulfilling my potential. But I do feel it has helped me to be more confident by drawing on my characters in this world at times of need, to help me cope with a crisis, pass an examine, or get through a date without embarrassment.

If you have similar experiences and would like to share them with me, I’d really like to hear them. Or if anything I have stated here is of interest and you feel I could help you get a better perspective on your MDD, please drop me a message and I’d be happy to answer.

Like everyone else who is a member of this community forum, I am so pleased to have found out that there is a term for what I do: Maladaptive Daydreaming Disorder (MDD); and there are so many people like me. It would also appear that all of us thought that we were the only one who did this. That’s odd really when you consider how many shared psychosis exist in the world, but maybe we all felt that this was so personal, so weird, that no…